Enrique Iglesias and Pitbull are getting ready to release a new single together that’s going to make everyone want to Move To Miami.

Enrique held a private event with RCA executives at them Soho Beach House in Miami Beach last night where he released the title and cover art of his upcoming single titled, “Move to Miami!” 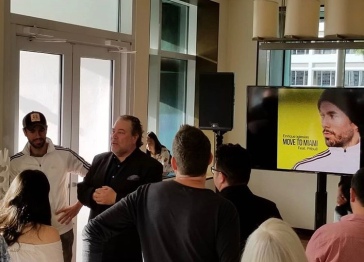 A new music video for @EnriqueIglesias and @Pitbull is being filmed in the Wynwood Art District in Miami! #EnriqueIglesias #Enrique #Iglesias (📸: @mrosales007)

A post shared by enriqueiglesiaseifans (@enrique_iglesias_org) on Mar 2, 2018 at 4:22am PST

This single will be Enrique and Pitbull’s 12th collaboration, including remixes.